Starting this week Our Massive Updates Including Spin The Bottle Update

Spin The Bottle Update, will conclude the story of the 3 girls. Playing the classic game. Spinning a bottle around to see who it points at. In this case, the unlucky, or lucky girl gets a spanking. See the original story here This time the bottle points at another girl. Another over-the-knee spanking ensues. The girls are having such a laugh, giggling and telling stories of their punishments at school. Discussing how some of the teachers and the headmaster seemed to enjoy it. The story will continue until they get caught. 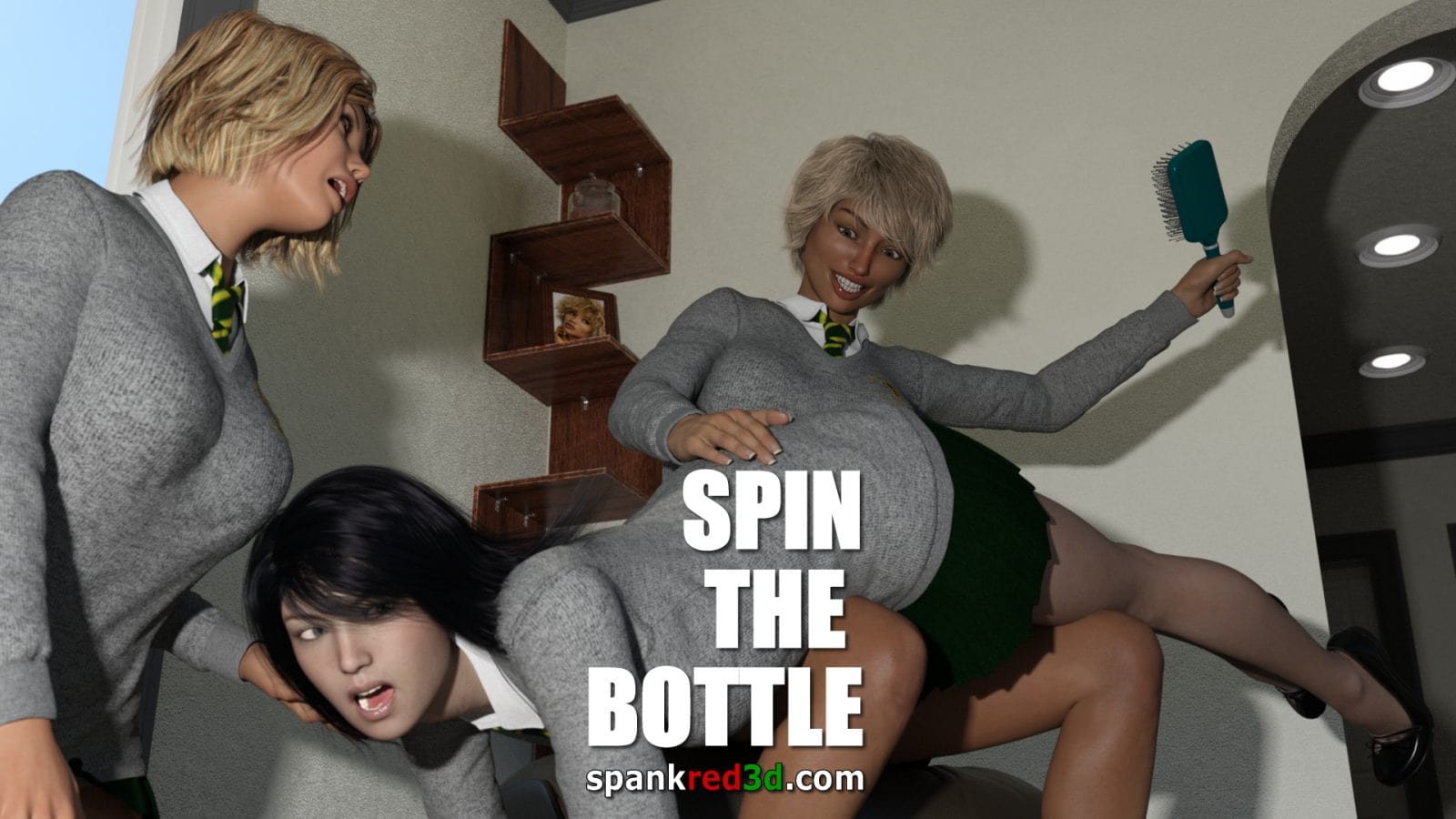 As Seen On 3D Anime World

Spin The Bottle Update Will Continue

If they do get caught, who will catch them? What will happen? Will the three take their spanking games further? Keep watching as this scene unfolds and introduces some excerpts of the girl’s school punishments. Also a few more naughty red hot bottom games. The synopsis of the original story is below…

Spin The Bottle 3 Times In A Row You Get Spanked

Three friends decide to have a bit of a dare. After being threatened with a spanking at school. The conversation leads to this game of dares. The girls had convinced themselves they were tough. Britany, Camdyn & Vanessa sat there arguing about who could take it and who would be a woos. The 3 young girls were laughing but Camdyn was getting more adamant about the fact that she was tougher than the others. She said that Britany would probably cry her eyes out, after a few smacks. See the original story here

The three decide to settle it with a dare. This is a twist on the popular game “Spin The Bottle”. This time instead of a kiss you would get 12 hard smacks. By one of the other girls.

Updates This Week Include: