The Spanking Spin The Bottle Game With A Twist

Spin The Bottle Game is a well-known pastime. A group of people sit in a circle and lay a bottle in the middle. On its side. One of the groups spins the bottle. Whichever person the cap end is pointing to. The spinner has to kiss. This particular version. Was dreamed up after an argument between Brittany, Candym & Vanessa. After a giggly find at Brittany’s house. She had found a collection of spanking magazines in her Dad’s room. The girls had gone around to see.

Inside the kinky magazines were lots of pictures. Girls, getting their bottoms smacked. In school uniforms. Cute outfits. Implements like the cane. The three of them thumbed through the pictures and discussed the punishments they had at school. None of them had ever experienced corporal punishment. At home or at school. 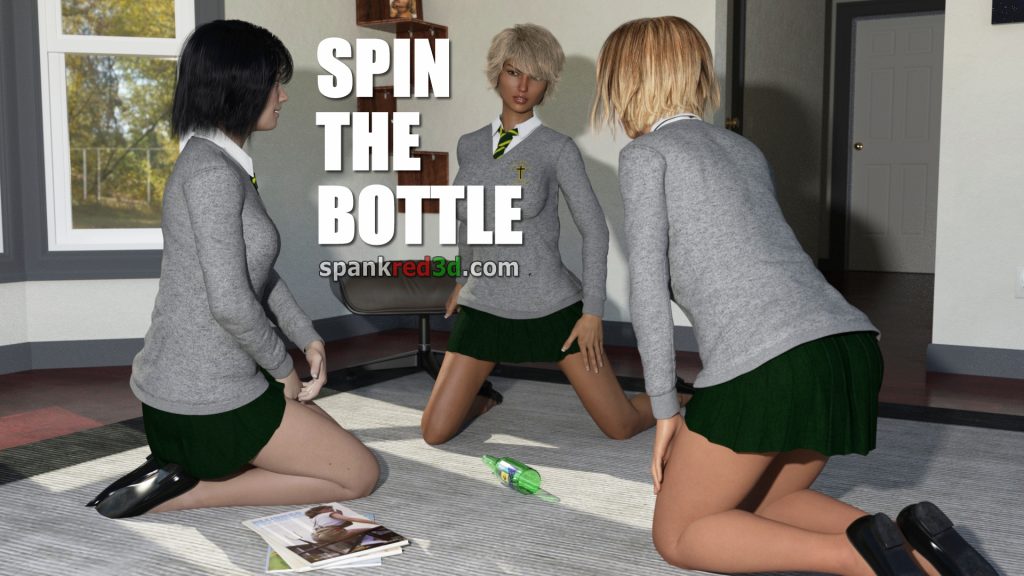 As Seen On 3D Top Art

The Game With A Spanking Twist

After a discussion about who could take a spanking. Accusing each other of being a whoos. Suggested that Britanny would cry her eyes out. If her daddy was to smack her bottom. Candym suggested that she could take a spanking with a hairbrush as she had had a few slaps with one by her step mum. She was only playing. Just a few taps as she ran away.  It didn’t even sting she said.

The Spanking Spin The Bottle Game Was Invented

They decided that three spins each. Whoever gets the most pointed at. Gets a spanking from one of the others. Between the fits of giggles and dares. The girls knelt down and used a beer bottle they had found in the trash. 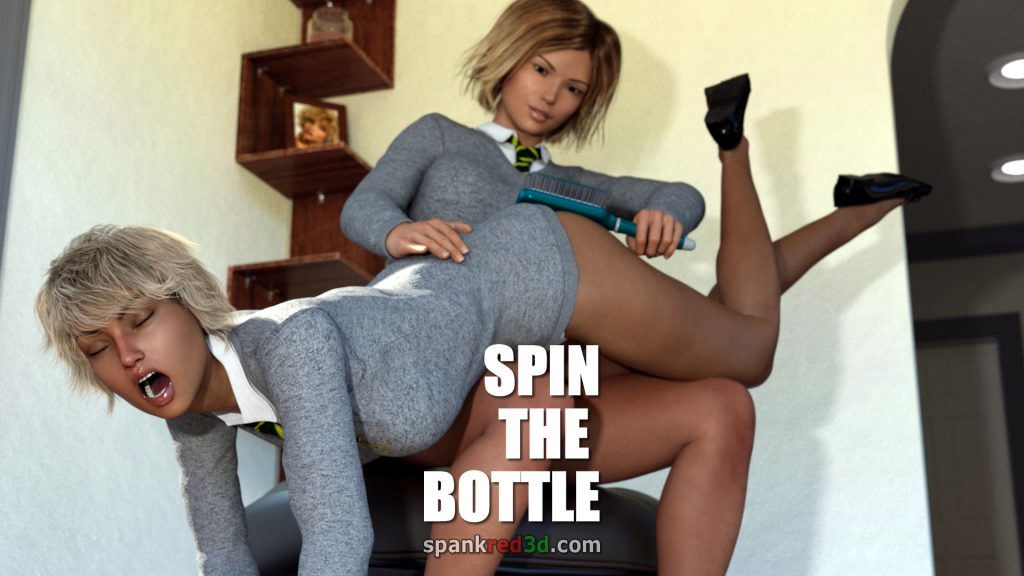 As Seen On 3D Top Art