Mummy Dear, finds a picture of a girl having her bottom smacked. On her youngest daughters computer. This is a screen saver. However, it was put there by her evil bigger sister. Hoping that there Mum would see it and quiz her about it. Listening through the wall of her own room. Her little sister trying to explain. Mum asks her why she has that on her screen, She tells mum that she didn’t put it there.

Sally was blushing as her mum asked her about it. Then started to tease her. Asking her if there was something she wasn’t telling her. Asking if she would like her bottom smacked by her dear mummy? Laughing as the girl went red with embarrassment. Pointing out how she could make her bottom cheeks match her face if she wanted. Turning the chair around. Then pulling her gently over her lap. She explained that lots of girls have naughty fantasies. Spanking is fairly common. Doing this while she gently smacks her daughters bottom.

Mummy’s little secret. Her collection of spanking magazines and videos. Her obsession with red hot smacked bottoms. Schoolgirl fantasies. She is not surprised by her daughter’s computer screen saver. Even though she has a pretty good idea why it was on there. Hearing the chuckles of laughter from her sister’s room. 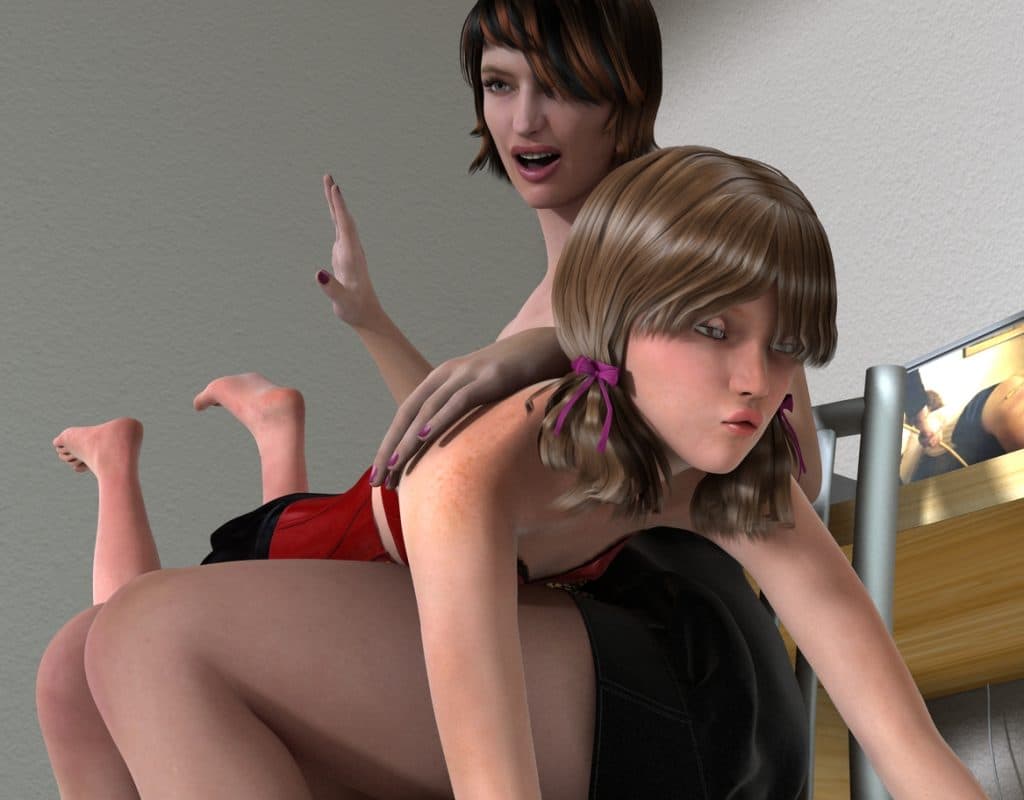 Conned into wearing a T-Shirt with the words Spank written on it. She finds herself over her mother’s lap with nice pink bottom to match the words. Her mother also phones her friend. Finds out she’s wearing an identical shirt. Both mothers decide to do as the shirt suggests. They have a good laugh about it. 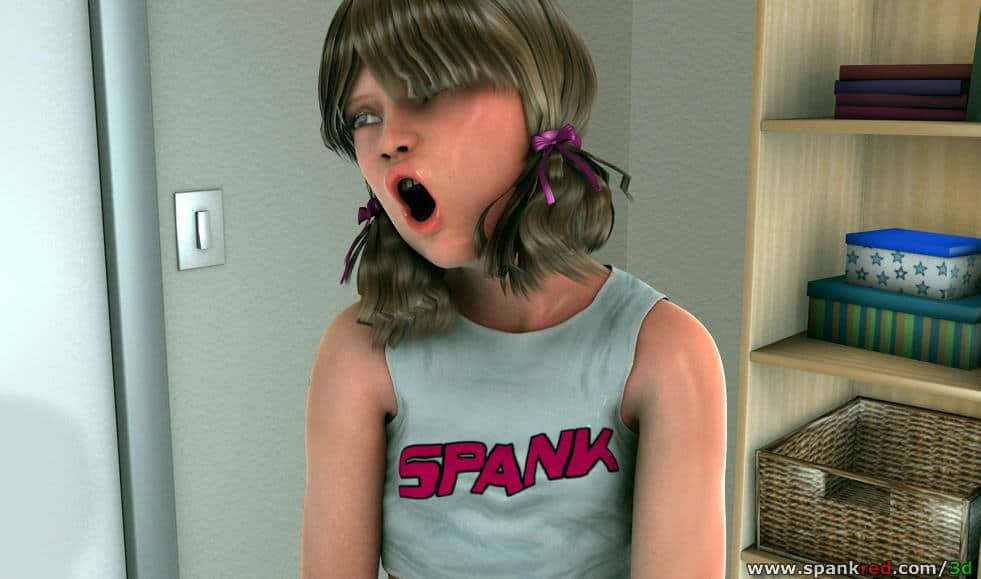 Mummy Dear Has Some Magazines

Spanking magazines in the wardrobe. In her room. Also some canes and other spanking implements. After thumbing through the books and toys. Her mother shows her a nice riding-whip. Find out what happens when this comes out? 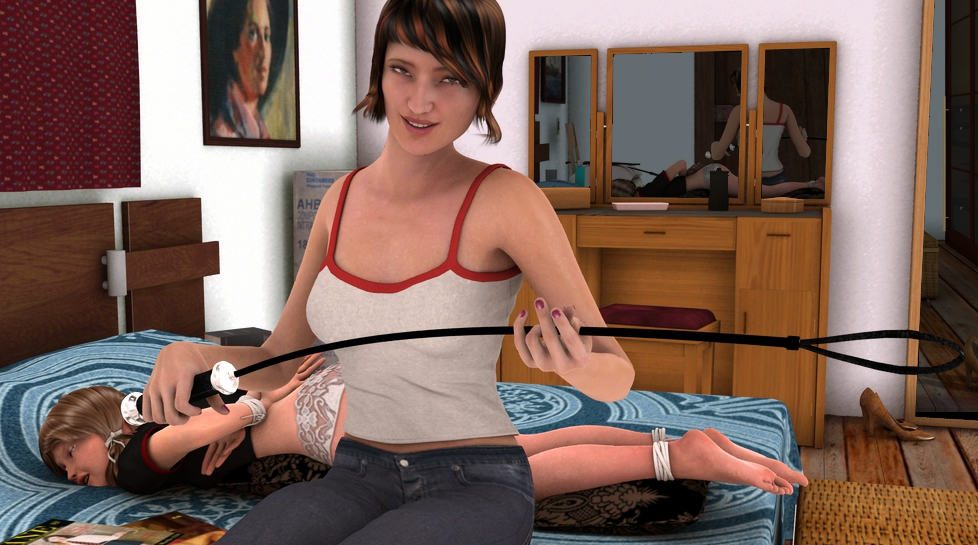