Pocket Money Games Part II. When Auntie and Uncle joked about giving the girls a good spanking. Susan joked & said that if she had a Pound for every time someone said that. She would be rich. Her younger sister exclaimed that she wished she could get a penny for every time she had a smack on her bottom. After a few drinks. On a boring weekend. The girls staying over. Auntie laughs and as a joke says that maybe they should let them give the girls a spanking for pocket money. Then they would stop asking for stuff.

This bought up the subject of spanking. The girls asked Auntie and Uncle if they were in that sort of thing. It turns out they are very into it. Uncle whips out a 20 Pound note & puts it on the table. Challenging one of his Nieces to take a spanking for 20 minutes. 1 Pound per minute was good money. Then laughed.

Not expecting the younger of the two girls to look at the money on the table. With a slight smile, she turns to her Auntie; “I’ll do it, Auntie”. 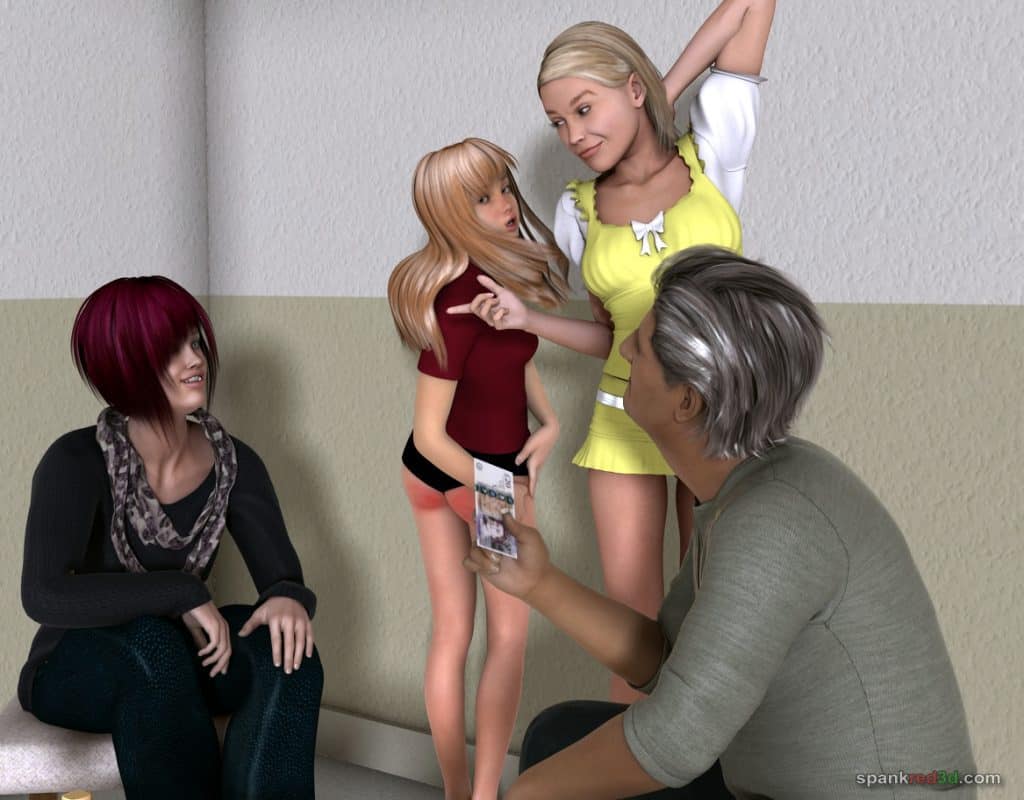