He he is up in the attic with his kinky older sister. All dressed up in one of her old school uniforms. Her favourite game of bottom spanking. Dressing up her naughty younger brother Brodi just for fun. This all started a while back of course when (big Sis) Tina found some naughty spanking website data on his history files. The websites that were in the history on his laptop were of schoolgirl having their bottoms spanked and caned in various positions. So she decided to confront him and said that she shared his interest but she wanted to be the spanker. This meant that Brodi would have to be the one in the schoolgirl outfit.

With the threat of some embarrassing Facebook, Twitter and Instagram pictures Brodi gets into character as a naughty schoolgirl and spends most afternoons at the spanking hands of his kinky big sister. 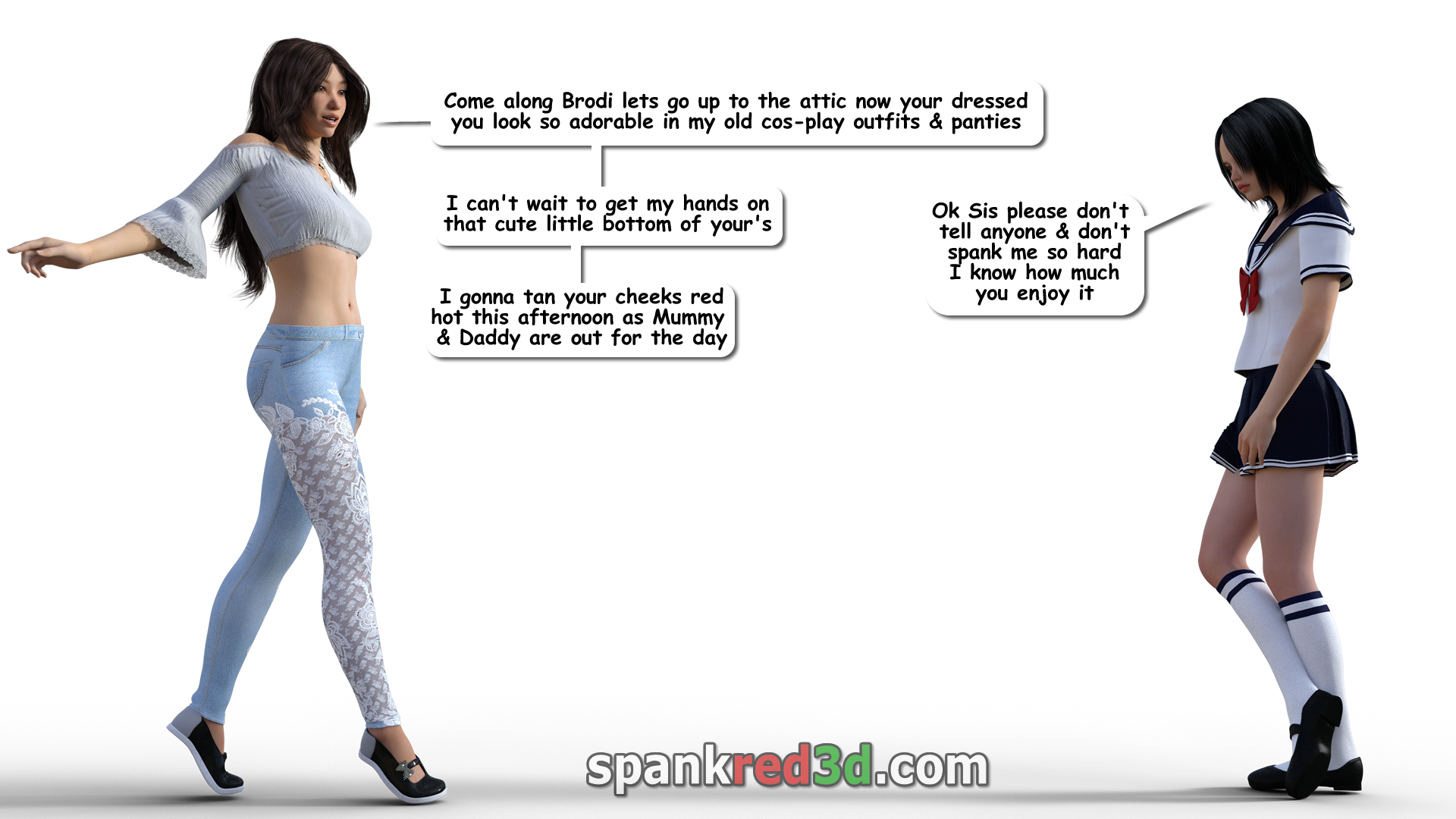 This story will be available this week in the Full Members Area along with 1000’s of others.