Red Bottom Christmas caning for Camdyn from Miss Yung. Her new Christmas present, to herself. Some new canes and a nice Caning Horse. Currently applying the rattan cane to one of her naughty students. Naughty because she volunteered for a Thanksgiving Spanking Charity. Realising that the naughty girl enjoyed such activities. The kinky school teacher loves using the cane on naughty young girls’ bare bottoms. She is very accurate with it.

This sexy young lady likes nothing more than the sound of the rattan cane striking some bare cheeks. The swish, followed by that thwack sound. She has practised on a few willing volunteers and some naughty girls. But now she has a willing target for the afternoon. Camdyn has had a thing for a smacked bottom for quite a while. Now she’s trying to learn how to take a caning.

Although the red stripes applied to her bare cheeks are very hard. Very straight. She is only on stroke number six. Miss Yung has already told her that she asked for it. Now she’s getting it. If she can’t stay still she will be secured with some cuffs or ropes. 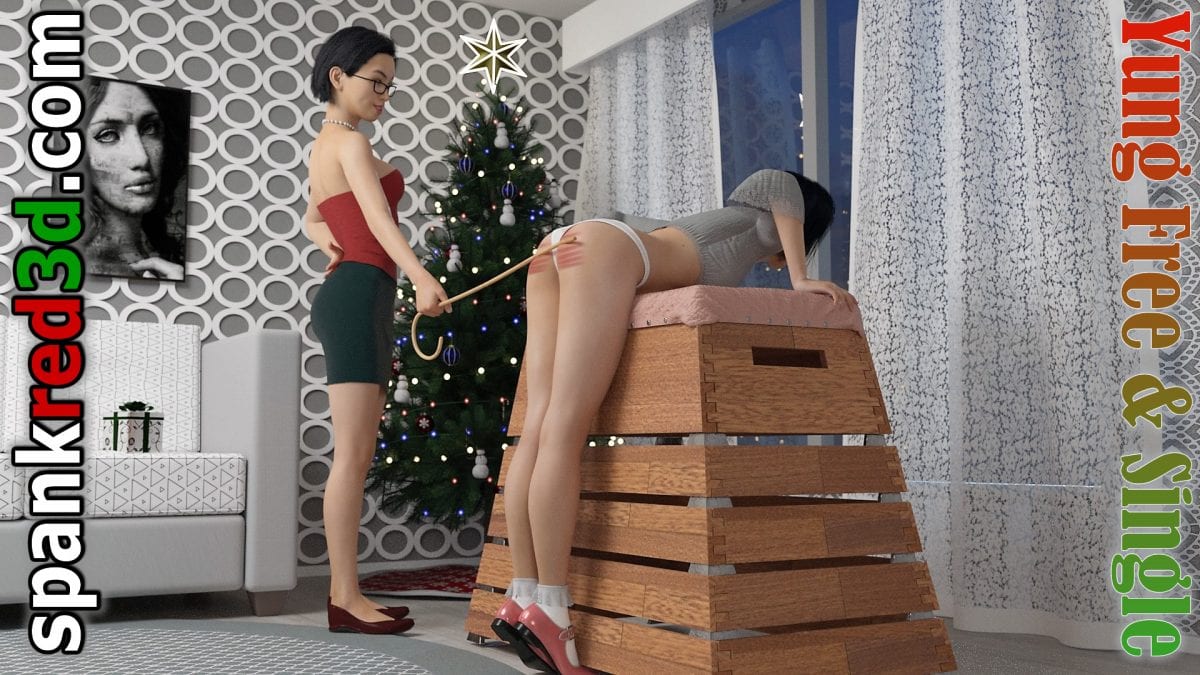 After being caught playing some naughty games with her daughter. Tanya decided to spank the bare bottom of her new boyfriend in front of her. He was almost naked to start with as the 2 of them were messing about in the lounge spanking each other. Her naughty young tarty daughter in her hot pants. With her rather expressive Spank Me T-shirt on.

After tanning the bare bottom of her new boyfriend with the hairbrush. After milking him dry in front of her. She decides to give her daughter a really good smack with the stingy brush as well. Her cheeky little Hot-Pants were zero protection against the hard flat wood. Occasionally looking around at the handy work of the boyfriend’s red hot cheeks.. Telling both of them he had better get hard again for another milking. Or she will continue spanking both of them. 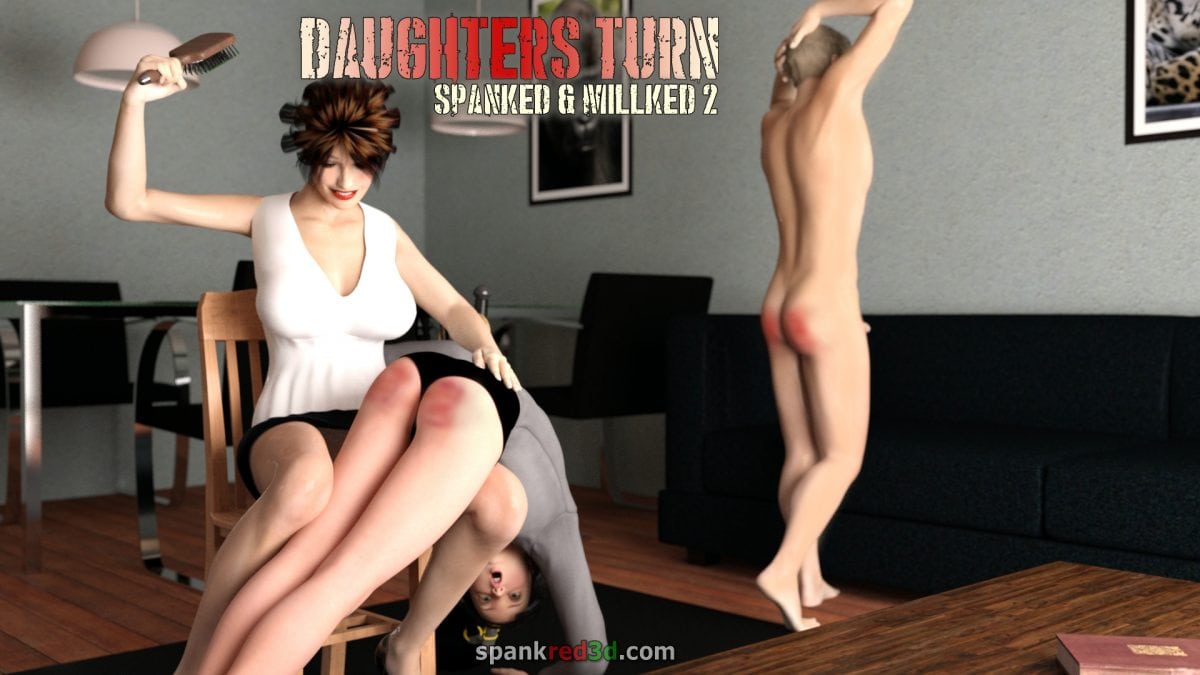 Smacked bottoms instead of kisses. The girls had devised this game after finding one of the Dad’s spanking magazines. The 3 naughty young schoolgirls decide to spank the girl who the bottle points at. This continues as Dad has arrived home and is standing in the hallway watching them. With great interest. Especially as they seem to have his collection of spanking magazines out. He surely needs to show the young girls how it’s done. 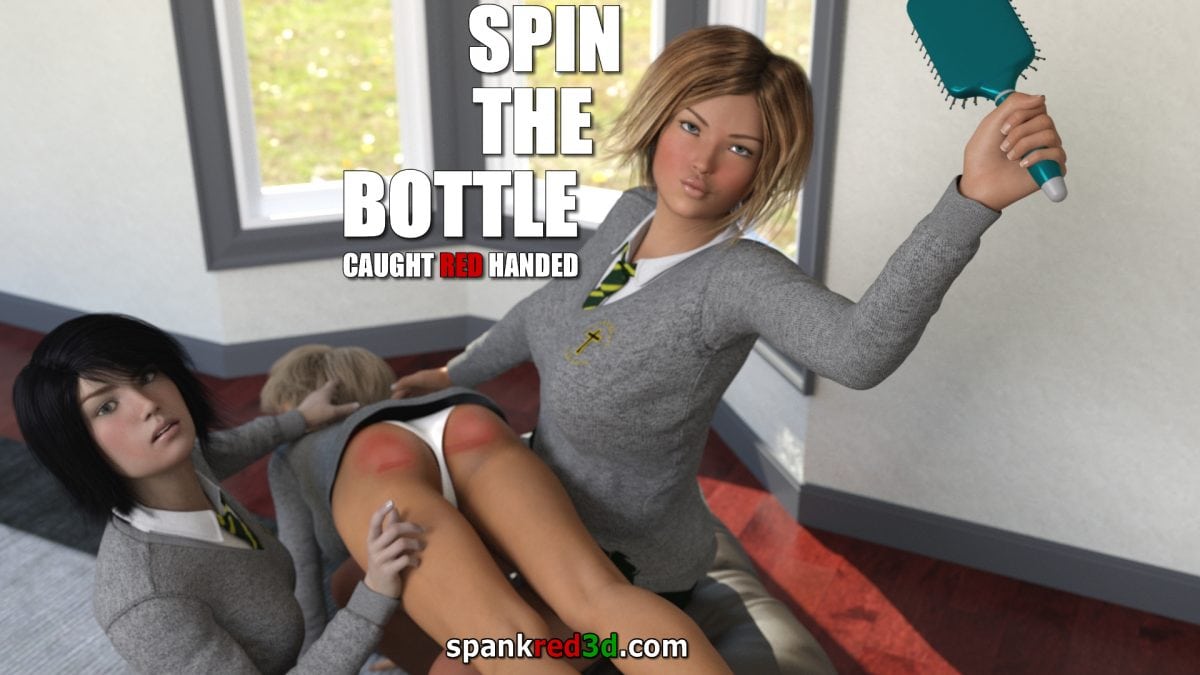 As seen on Crazzy 3d World

To see all these stories and 1000’s more Join Today

Lots of new features including video downloads. Classing spanking full movies and behind the scenes. Rare candid spanking, caning and slippering footage from the 1980s