Mum’s Secret Punishment Room. Discovered by Sally. Naughty Mummy. A secret spanking room. Found by snooping around. Mum went out. Sally stood at the door. Watching her leave. There was a locked room.

Sally Was Surprised To Find What was In There

She had to investigate while Mum was out. Mum’s room is very secret. After picking the lock and descending the stairs Sally found out why. It was a room full of whips and canes. A spanking horse. Spanking magazines & uniforms. She never knew what Mum was into before. Then it became obvious. Mummy was into spanking. She calls her friend over to see. 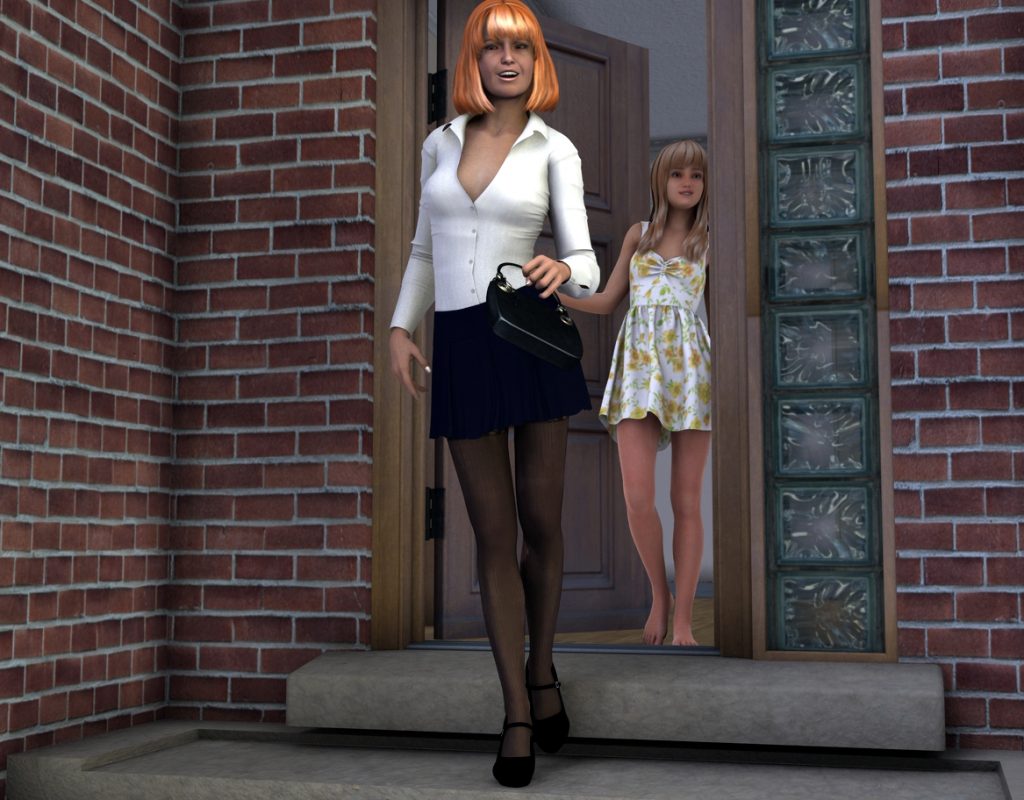 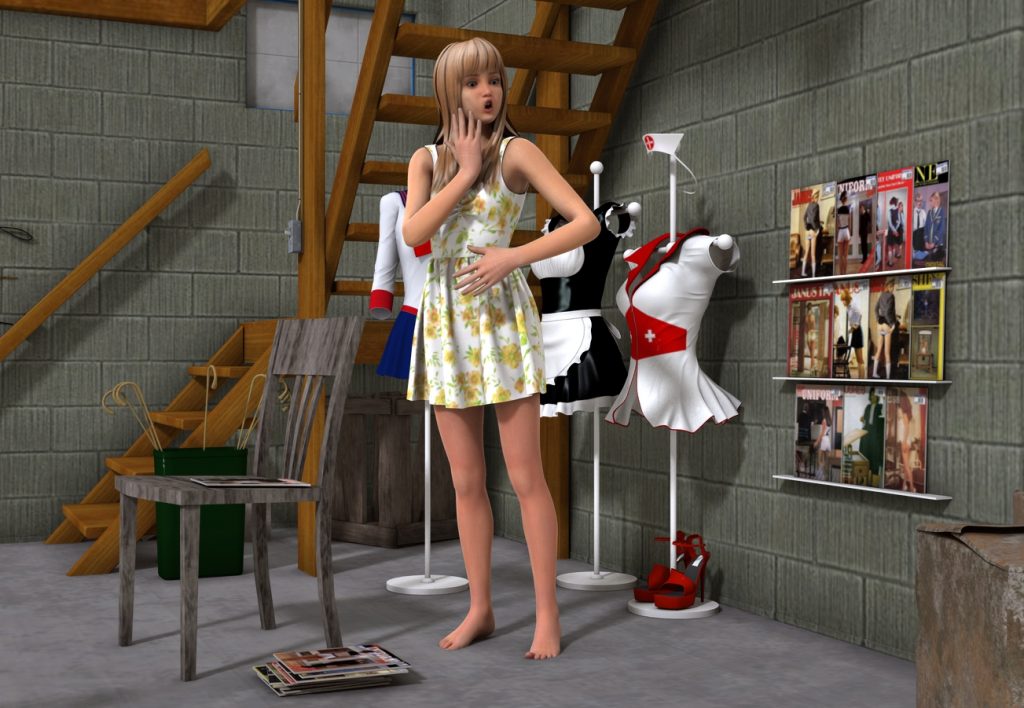 While The Cat’s Away The Girls Start To Play

After phoning her best friend. Sally decides to try on a uniform Found in the room. A saucy schoolgirl outfit. Very short skirt. Her friend is excited by the spanking magazines. Sally thought i may be fun to play a little spanking game. Just for fun, they could spank each other. In her school uniform over her friends lap. They have a bit of play spanking fun. 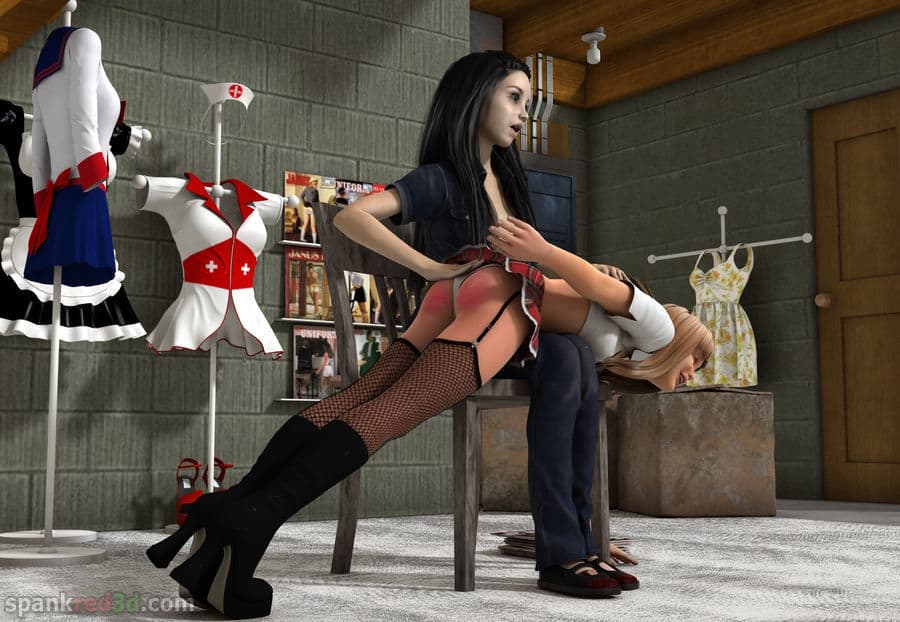 Time To Swap Over

When it Sally’s turn to spank. Her little friend jumps at the chance. Over Sally’s lap. Hand smacking down on her tight denim jeans. This was a lot of fun until the girls look around. The door clicks shut. Mum has come home early. The girls wonder what is going to happen to them… 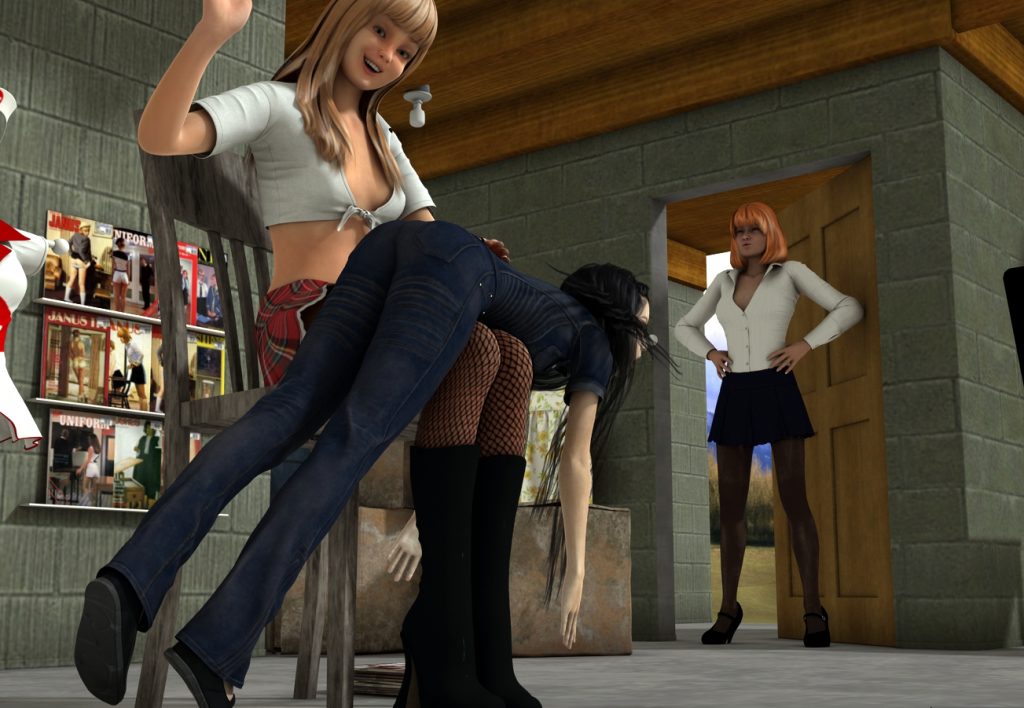 Find out more in this series.

Inside the full member’s area only!